Seven years ago today, I was volunteering as a face painter at my favorite Borders bookstore - the one that had given me a spot in their cafe to draw every weekend and rewarded my attempts at artistic legitimacy by hosting my very first (and only) art show featuring my Harry Potter artwork. It was the midnight release party for Harry Potter and the Deathly Hallows, and I joyfully spent four straight hours dressed up as Hermione drawing owls, Hogwarts crests, dark marks, basilisks, and anything else kids and grown-ups alike could concoct to wear on their faces, arms, and hands.

Of course, face painting all night prevented me from queuing up with the rest of the fans to get my copy of the book. By the time midnight had arrived, I emerged from the children's book section with a sore wrist and realized I would be at least 200th in line to get my book. At this point, I was tired and daunted at the idea of driving myself home later than it already was, so I resolved to get myself back to the bookstore early the next day to pick up and pay for my reserved copy. I made sure to greet the manager on my way out to thank him for another opportunity to participate in a Potter event at his store.

He gave me a big hug and asked why I was leaving. "It's pretty late and the line is a little too long. But it's fine. I'll be back tomorrow," I had said.

"Wait here," he replied, and disappeared into the throng. Moments later, he emerged with a shiny new Harry Potter 7. "For you."

Elated, I dove into my purse to take out my wallet, and was promptly interrupted.

"Nope. It's yours free of charge. For all you've done for these kids and our store. Take it home."

My eyes filled with tears as I accepted my copy, and I stumbled over words in an attempt to convey just how grateful I was. I raced home and, despite my exhaustion, jumped into pajamas and read the first chapter to my roommate. Ultimately, she went to bed, and I stayed awake all night reading the rest until the last page had been turned.

A lot happens in seven years. The Borders bookstore that had welcomed me so warmly as one of their own is now closed. And I now have a little Harry of my own. But the memory of being among so many enthusiastic fans, doing what I love to do, being on the receiving end of such generosity, and devouring an entire book in the same night as so many other die-hard Potterheads stays with me to this day.

So here is the first Harry Potter artwork I've completed in many years. It was commissioned by a dad for his 14 year-old girl who is nearly as big a fan of the books as her old man. I'm thrilled to share it with the only group of people on the planet who know just how much I love this scene. It represents the beginning of amazing things - in the books, and in my life. 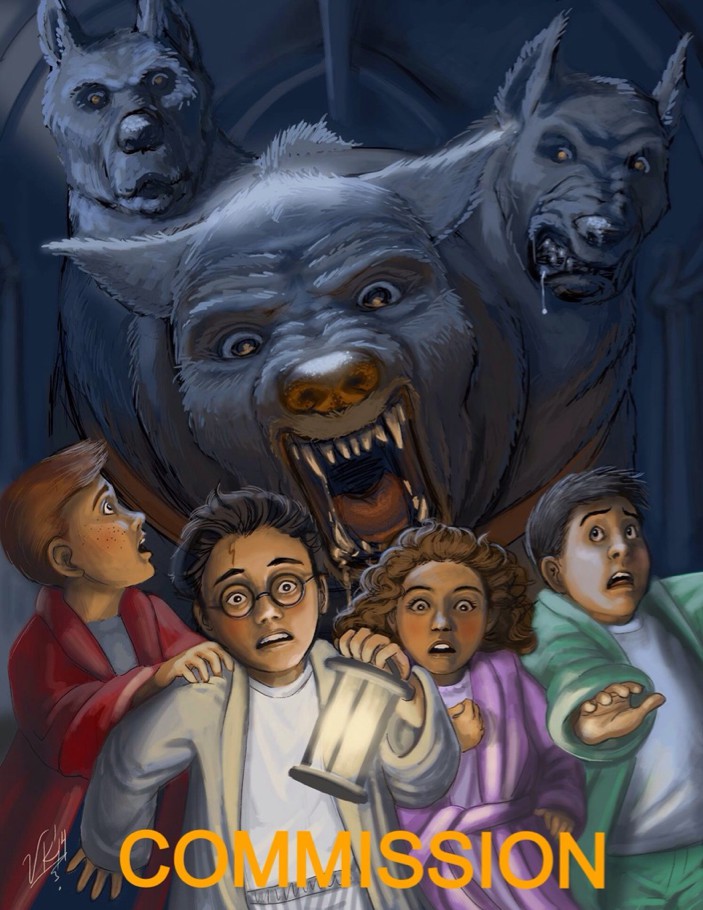